Dr. Mathews is a general surgeon with an emphasis on Bariatrics with The Surgeons’ Group. He demonstrates one of the best records in bariatric surgery in the country. Dr. Mathews practice runs the gamut from Bariatrics to breast to gallbladder to hernia to parathyroid cases. Dr. Mathews is performing the new lap-band method for weight-loss also along with the permanent gastric by-pass. Dr. Mathews is a Diplomat of the American Board of Surgery and a Fellow of the American College of Surgeons. Dr. Mathews serves on the board of Christian Medical Ministry and the board of a mission hospital in Haiti. The Verification Subcommittee for the Metabolic and Bariatric Surgery Accreditation and Quality Improvement Program (MBSAQIP) has also officially recognized Dr. John Mathews as a MBSAQIP Verified Surgeon for Princeton Baptist Medical Center.

The Surgeons’ Group is part of the Baptist Medical Center Hospital – Princeton Campus. 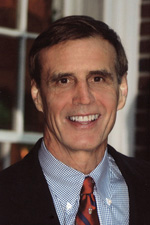 John Mathews grew up and was educated in the parochial school system in Montgomery, Alabama and was awarded a four year grant and aid to the University of Kentucky in Lexington. There he ran track and started on the football team as a defensive back and wide receiver.

His residency was in the Baptist Health System and after five years of training he became board certified in general surgery as a Diplomat of the American Board of Surgery and a Fellow of the American College of Surgeons.

Since 1985, he has practiced primarily at Baptist Medical Center – Princeton where he was Chairman of the Department of Surgery and presently is Chief of General and Bariatric Surgery.

Dr. Mathews feels his gifts are in the area of service to affect healing of various surgical diseases as the Lord enables him. He feels excellence is a witness to the love of God revealed through Jesus Christ and he is committed as is the Baptist Health System to ministries that enhance the health dignity and wholeness of those we serve through integrity, compassion, advocacy and resourcefulness. 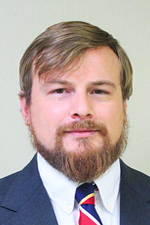 Dr. Winn Mathews became interested in medicine and surgery during trips to Haiti as a child. This was a remote area in the mountains of the southern peninsula, where he served with his family as missionaries. He had aptitude for science, mathematics and biology.

Spiritually, Dr. Winn Mathews is assured of his calling as a General Surgeon in an underserved area by joining the Surgeons Group, P.C. It has become apparent to all that he is gifted and has a special aptitude in the fast developing field of robotics. He has demonstrated a willingness to reach out to this entire demographic that Brookwood Baptist Medical has served for many years. His father is thankful for a like-minded partner who shares God’s calling to further his ministry through the works of Winn’s hands.

He presently specializes in minimally invasive surgery utilizing advanced techniques in the area of laparoscopy including gastric bypass, gastric sleeve and the laparoscopic placement of the gastric band. He has a special interest in foregut surgery to include laparoscopic surgery for gastrointestinal reflux as well as solid organ surgery for the spleen and adrenal glands. He uses advanced techniques for the conservative management of breast cancer and sentinel lymph node biopsy and also has extensive experience in endocrine surgery of the thyroid and parathyroid glands. He is trained in robotic surgery and will be expanding these techniques into bariatric surgery. Dr. Mathews was the first physician in the state to use the robot adjunctively in a bariatric procedure.